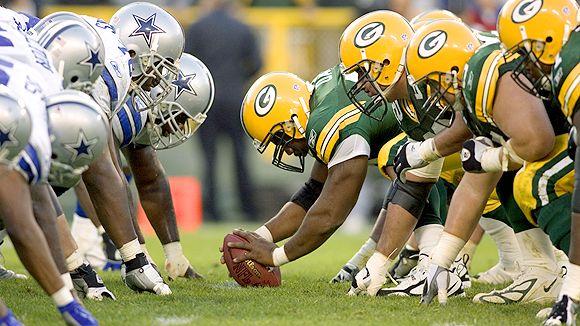 A third and one turned into a third and 16 after Packers offensive lineman T.J. Lang was called for unnecessary roughness after taking a cheap shot at Nick Hayden of the Cowboys.

Following Lang’s hit both the Cowboys and Packers broke out pushing and shoving one another. Since no punches were thrown by any team only Lang was called for a penalty.

The full video can be seen below: