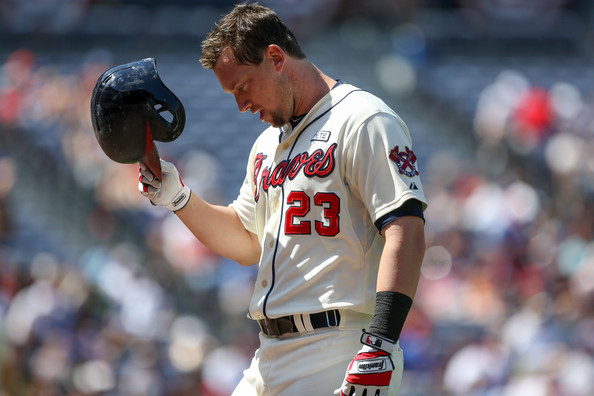 The Braves continue to reshuffle their roster in order to clear payroll space and look towards the 2016 season. After the trade of Justin Upton to the Padres the biggest question about the Braves remains whether or not Chris Johnson will be on the team as their third baseman.

Earlier this offseason there were rumors that the Braves were trying to include Johnson in a trade for Upton. That did not happen on Friday but according to Joel Sherman of the New York Post one team who has shown interest in Johnson is the Giants.

The Giants lost out of re-signing Pablo Sandoval this offseason and later were unable to lure Chase Headley away from the Yankees to fill the hole at third base. After missing out on Jon Lester as well, the Giants have money to spend and could look to acquire the 30-year-old Johnson who is coming off a 2014 season in which he hit .263/.292/.361 with 10 home runs and 58 RBI.

Johnson is owed $23.5 million over the next three seasons. The Giants will almost surely want the Braves to pick up some of that.