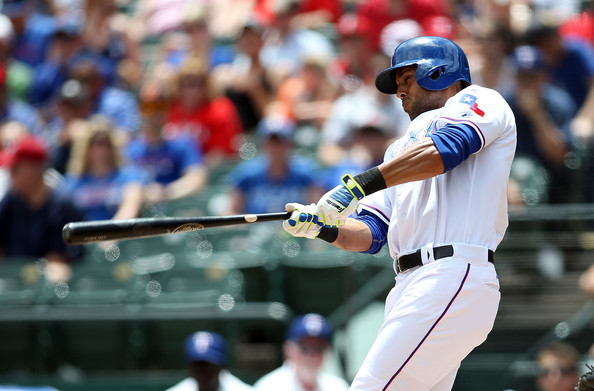 Royals throw $11 million in the toilet by signing Alex Rios

The Kansas City Royals have signed Alex Rios to an $11 million deal. While this deal rivals the Braves giving Nick Markakis $44 million over four seasons it is at-least not that bad because Rios will be earning just 25% of what Markakis will.

I have often shyed away from saying that players are a waste of money but that is exactly how I feel about both Markakis and Rios.

Rios, soon to be 34, constantly gets the benefit of the doubt and big salaries simply because of one big season that earned him a massive contract.

Last year Rios played 131 games for the Rangers and hit a pathetic .280/.311/.398 with a career low four home runs and 54 RBI. Feel free to laugh. After stealing 42 bases in 2013, he slumped to just 17 last season and was a big reason why the Rangers were the laughingstock of the AL West.

A move from Arlington to Kaufman Stadium is not going to help in this case. After making it to the World Series the Royals have been unable to land anything this winter.

Even worse is if Rios actually feels like playing and convinces some idiot team to give him a multi-year deal next winter. I hate this signing for so many reasons.

Sound off below in our comments and try to convince me why Rios is not a bad deal. Or better yet let out your frustrations with this deal.