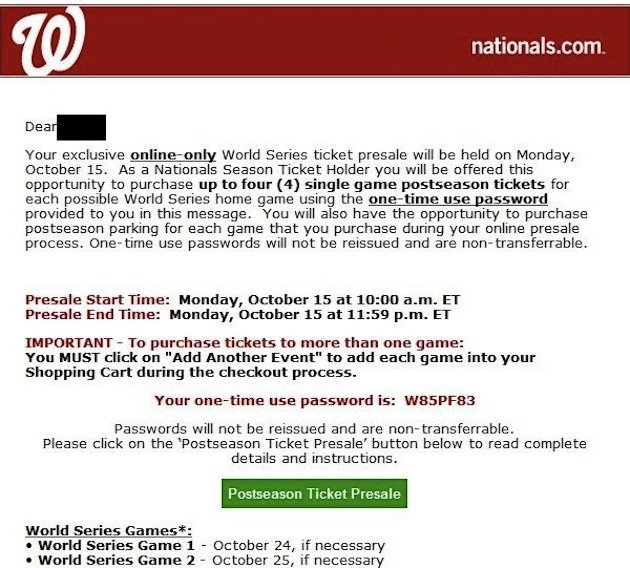 “It was a stunningly stupid error on our part and we apologize to the Nationals and their great fans,” Bob Bowman, CEO of MLB Advanced Media, told Dan Steinberg of DC Sports Blog.

In fairness the e-mail does say “if necessary” in regards to games one and two.