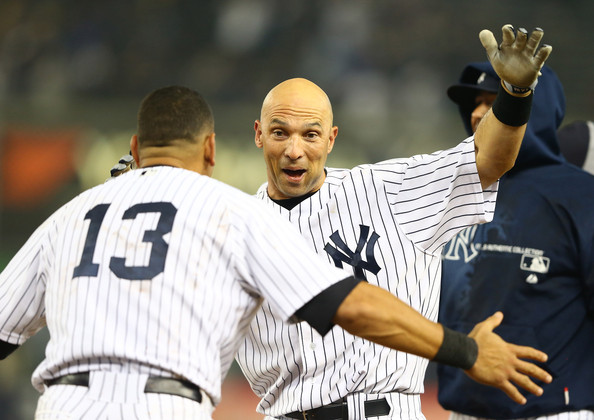 Tonight’s Baltimore Orioles/New York Yankees Game 3 American League Division Series match-up held a lot of importance. The winner of tonight’s game would be up 2-1, holding a chance at clinching in tomorrows Game 4 and advance to the American League Championship Series.

The Orioles were the first team to score, it was the top of the third inning when Ryan Flaherty hit a home run off of Kuroda. The Yankees followed suit in the bottom of the third when Russel Martin hit a single followed by Derek Jeter hitting a triple off of Gonzalez, allowing Martin to score.

The game remained tied 1-1 until the top of the fifth inning when Orioles 3B Manny Machado homered on a fly ball to left field. Orioles were up by one into the ninth inning and chances were looking good for the birds to take game two. They brought in their closer, Jim Johnson to finish out the game… but only being up by one, Yankees magic was strong in New York.

Yankees replaced Alex Rodriguez with Ibanez in the lineup, and it happened, Ibanez homered on a fly ball to right center field to tie the game 2-2 in the bottom of the ninth forcing the game into extra innings.

The game went into the twelfth inning, Ibanez came back up for his second at bat of the evening and hit his second home run of the game. Yankees won with a score of 3-2.

Video of Ibanez’ game winning walk off home run below in case you missed it!