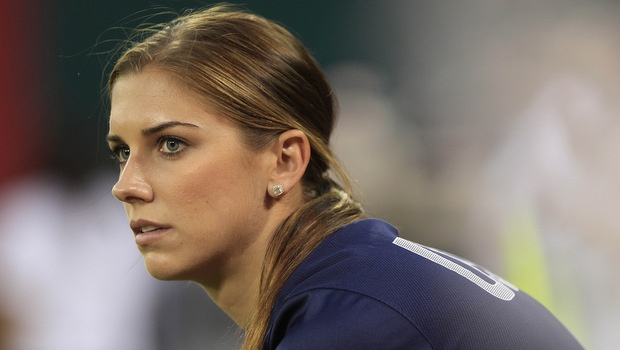 U.S. soccer star Alex Morgan is not happy with FIFA’s decision to have the women’s World Cup held on artificial turf.

According to TMZ, Morgan and many other women soccer players are unhappy with the 2015 World Cup in Canada being played on artificial turf. The next two World Cup’s for men will be held on grass.

“They are treating us as second class to the men.” said Morgan. “Using the women as guinea pigs in their experiment is just not right.”

There are no plans to boycott the World Cup but Morgan is hoping to get FIFA to reconsider their decision to use turf.