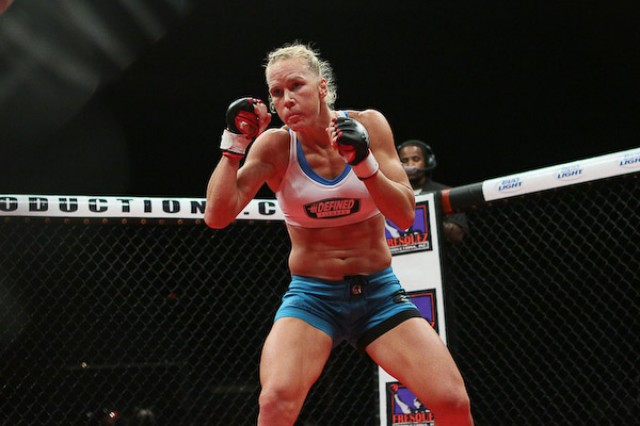 On Thursday UFC President Dana White broke the news that many MMA fans have been waiting for, the company has signed Holly Holm.

Holm, 32, is a former boxer with a 33-2-5 career line. She is 7-0 in her MMA career and immediately becomes a future threat to women’s bantamweight champion Ronda Rousey.

Welcome to the UFC @_HOLLYHOLM pic.twitter.com/BxNVy8SYTR

It is currently anyone guess who Holm will first be booked against. Who would you like to see the New Mexico native face first?