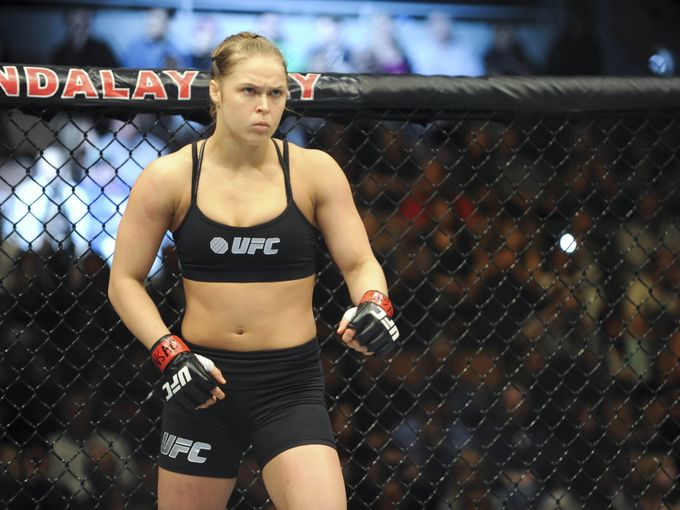 Ronda Rousey retained her title at UFC 175 with a dominant 16-second win over Alexis Davis.

Perhaps even more impressive was that Rousey managed to break her thumb in the contest.

MMAFighting.com’s Ariel Helwani confirmed the news on Wednesday’s edition of UFC Tonight. Surgery is not expected to be needed for Rousey’s thumb.

The impending knee surgery for Rousey is expected to be simply a clean up procedure with nothing structurally wrong. She has expressed interest in returning for the final UFC event of 2014.

“My knee is really stable,” Rousey said, via MMAFighting.com. “All the ligaments are fine, there’s just stuff floating around in there.

“It’s just something that’s more maintenance that I need to do, so it’s not really a major knee surgery at all. It’s just a scope. I literally walk out of there and [should] be 100-percent in two weeks.”