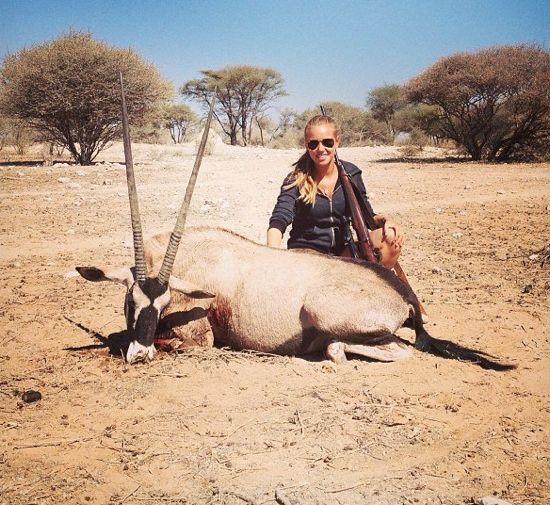 So much for 17-year-old Axelle Despiegelare’s modeling contract with  L’Oreal.  Just days after the teen signed a deal with the cosmetics company it is over.

Backlash to a photo posted by Despiegelare on her Facebook page prompted the termination of her contract. She posted a photo of herself next to a dead gazelle.

Hunting aside, the most offensive part of the ordeal was the youngster’s choice of words used to describe the photo taken a year ago but posted prior to Belgium’s World Cup game against the United States.

“Hunting is not a matter of life or death. It’s much more important than that…this was about 1 year ago. Ready to hunt Americans today haha.”

She later modified the caption but has since removed her entire Facebook profile. Her 15 minutes of fame are over.

“L’Oréal Professionnel Belgium collaborated with her on an ad hoc basis to produce a video for social media use in Belgium,” the spokesperson said. “The contract has now been completed.”