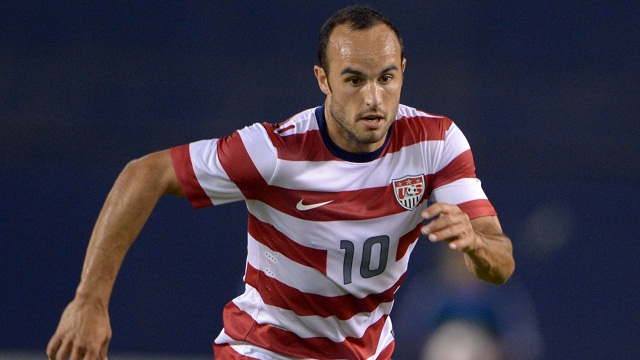 Landon Donovan is not on the 23-man World Cup roster for the United States.

The 32-year-old Donovan had been rumored to be out of a spot on the team but alas nothing was confirmed until today.

ESPN’s Taylor Twellman first broke the news and it was quickly confirmed by US Soccer.

The absence of Donovan is more of shock by name factor. He was not going to make a difference in what is expected to be a quick first round exit by the US Men’s team. This year’s team has a roster full of youth which could at-least bode well for the future of the club if nothing else.