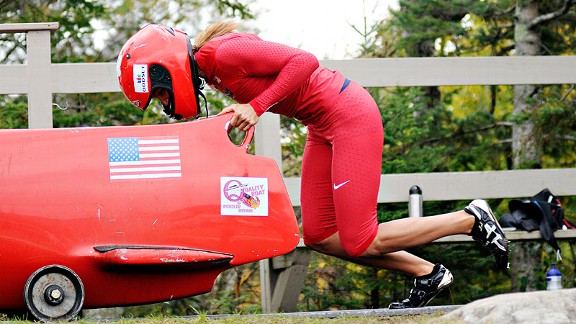 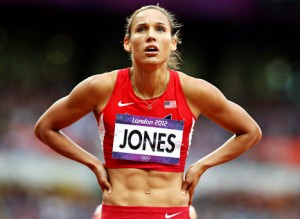 “I just came out here and kind of needed to get away from track for a bit, kind of wanted to get some motivation,” Jones told The Associated Press. “I thought coming out here with the other girls that we could help each other, we could benefit from one another. I could help them with their speed and they could help me with my strength. And just being around them, hearing their goals gave me new goals and refreshed me.”

Jones finished fourth at the London Games in the hurdles event. It marked the second time she had failed to win a medal. Jones is still planning to compete in the hurdles in the 2016 Rio de Janeiro Olympics.

Jones and Madison had been invited to the bobsled push championship by coach Todd Hays. Hays had hoped that their presence would raise team moral. Instead Hays got two new members of the team.

With six women vying for three roles, there’s no guarantee that Jones or Madison would start on the World Cup circuit.

That Paige Spiranac acquired a sponsors exemption to compete at the Omega Dubai Ladies Masters upset some critics on the...
back page featured

Johnny Manziel continues to party and this time its with other high profile celebrities. Manziel was among group that...
back page featured

The wedding of former Miss Alabama and NFL hopeful AJ McCarron will air on reality television. Ah, yo u did...