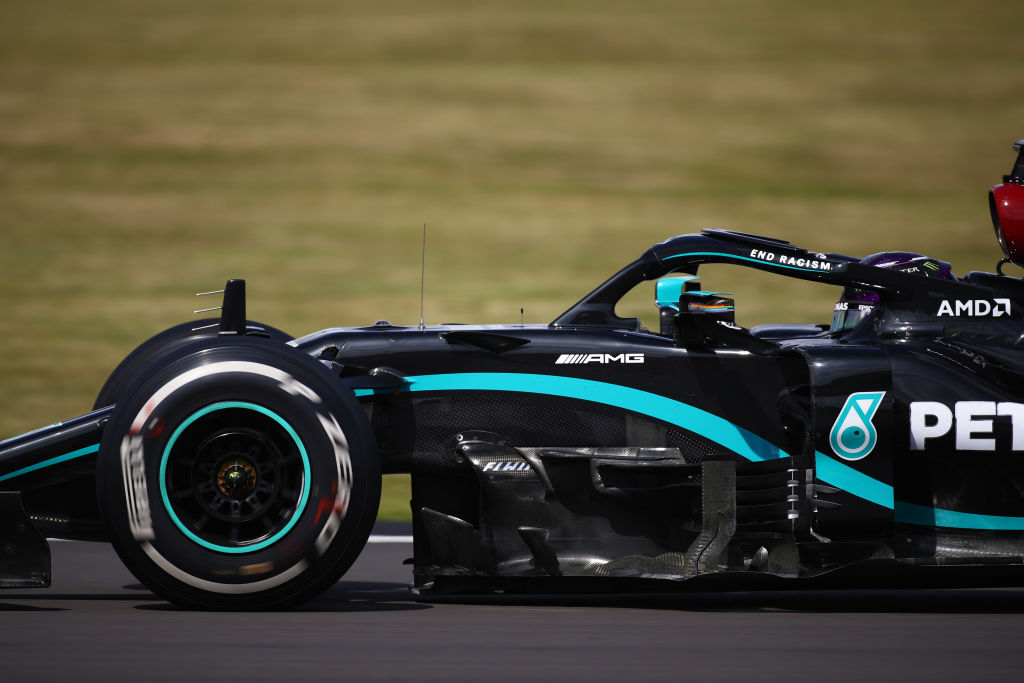 Hamilton began the race on the pole after setting a track record in qualifying. A returning Nico Hulkenberg was unable to take the green for what Racing Point referred to as being unable to properly fire the car.

The first incident of the day happened at the end of lap one when Alex Albon and Kevin Magnussen made contact. Magnussen would be forced from the race. Albon would pit on lap 7 for new tires being the first driver to pit.

On lap 13 the second caution came out after Danill Kvyat crashed out of the event.  On lap 48 Kimi Raikkonen would have a wing failure limping back to the pits. Two laps later Bottas would go off course with damage to his wing moving Verstappen to second. Carlos Sainz would have tire issues on the final lap of the race.

Hamilton would go unchallenged in the race leading all 52 laps to win his third straight race of the season crossing the finish line with a blown left right tire for this seventh Bristish Grand Priz win.