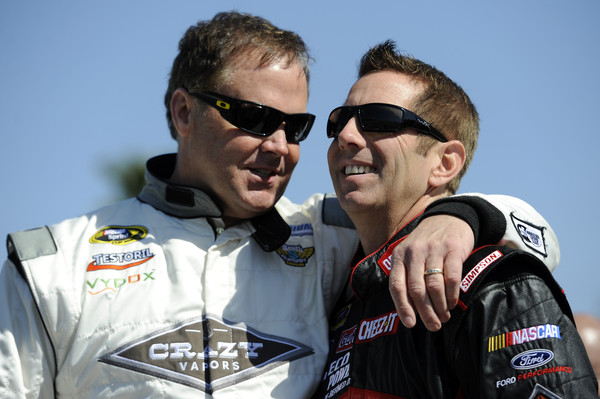 Veteran NASCAR driver Mike Wallace is currently looking for a new seat after losing his ride in the No. 66 Premium Motorsports Chevrolet.

Wallace is looking for rides in all three of NASCAR’s top series.

“My status is I’m a free agent in all categories, from the Cup Series, Xfinity Series and Truck Series,” Wallace told NASCAR Talk on Wednesday. “This (being without a ride) wasn’t something that was on my agenda to be looking at. I thought we were going to run more races with the 66 car, at least that’s what was told to me.”

With the NASCAR season already three weeks in, Wallace is facing an uphill battle as he looks for a ride this season. Thus far he has received little to no interest and acknowledged that it may take some time for a spot to become available.

“Nobody’s called,” Wallace said. “I don’t see anything opening up. Everybody’s on the west coast swing. It’s hard to find actual driving positions for people at this early stage of the game (season).”

Tanner Berryhill will make his Sprint CUp Series debut in the No. 66 Chevrolet this weekend at Phoenix International Raceway.

“The car was going to run at Vegas and Phoenix with no sponsorship on it,” Wallace said. “The Berryhill family was able to bring some funds to the 66 car, as far as I can figure.”

Wallace will run the May 2 XFINITY Series race at Talladega for JGL Racing.