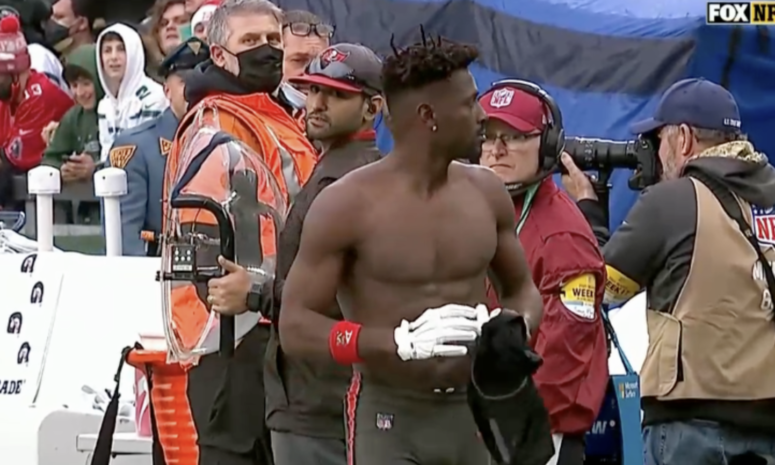 Prior to his outburst, Antonio Brown claims he was injured and unable to return to the Buccaneers Week 17 game against the Jets.

According to Ian Rapoport, Brown told trainers that he was not able to get back into the game “because in his mind, he did not feel he was healthy.”

From @GMFB: How and why did #Bucs WR Antonio Brown end up storming off the field shirtless to end his Tampa Bay career? pic.twitter.com/nd6xq0xMLp

The incident occurred when Buccaneers head coach Bruce Arians called for Brown to reenter the game to which the wide receiver refused. Arians then told Brown if he was not going to get back into the game than he should leave the sidelines. Brown then left the sideline in spectacular fashion.

Brown had signed a one-year deal worth $3.1 million and was close to unlocking three different bonus’ which could have totaled another $1 million.