Bilicki driving Saved By the Bell inspired scheme at Indy 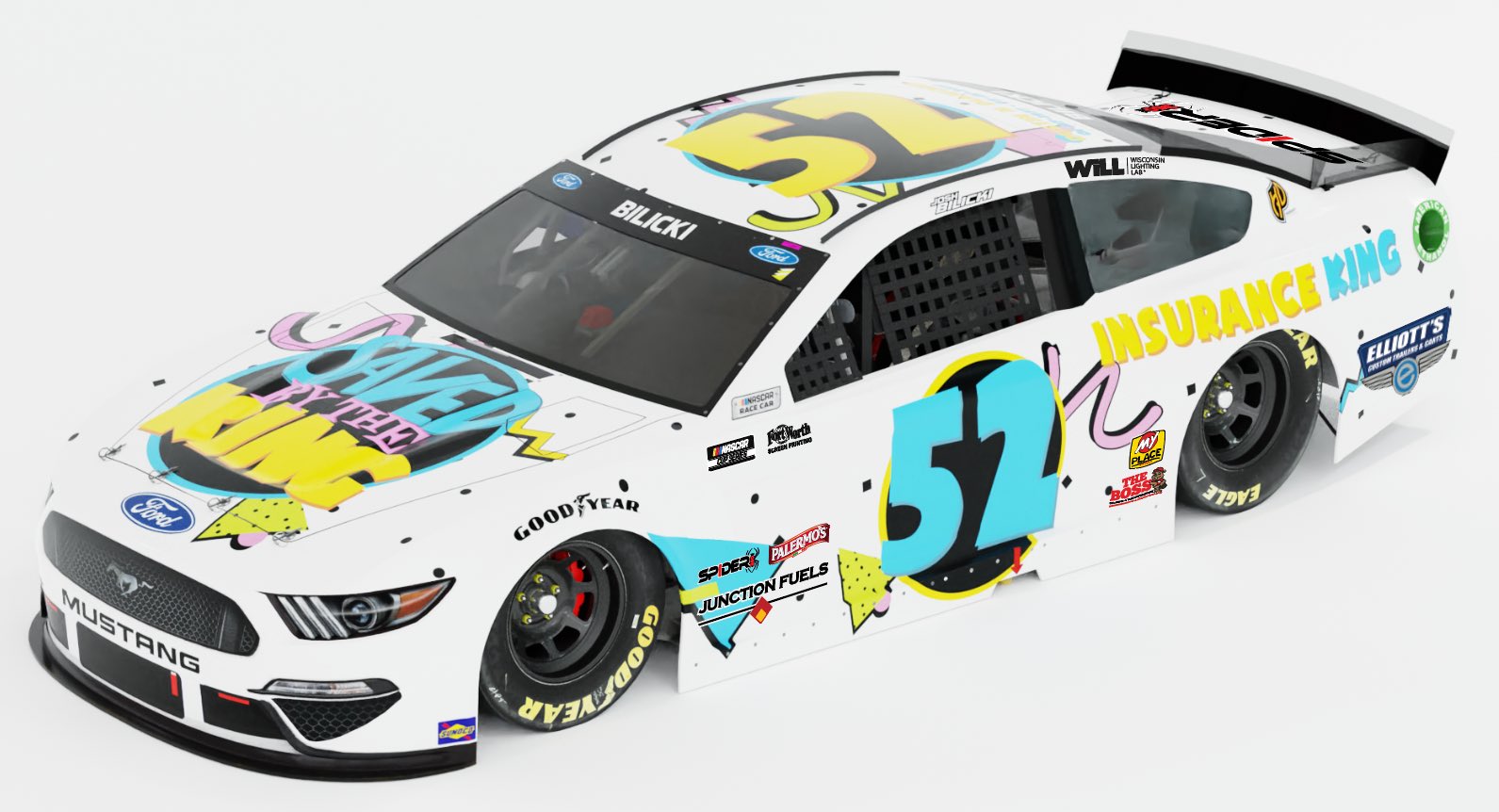 The No. 52 Ford Mustang driven by Josh Bilicki will throw it back to the early ’90s with a “Saved by the Bell” inspired scheme on the Insurance King sponsored car.

Insurance King, an insurance company aiming to keep people legal for less, previously worked with Dustin Diamond who played Screech on the show prior to his death in January of Stage 4 lunch cancer.

Recently the No. 52 car was dressed up as a black and white cop car with the words “Got Tickets?” on the sides for the Cup Series race at Watkins Glen.

Bilicki will be pulling double duty this weekend as he is also scheduled to drive the No. 07 car of SS-Green Light Racing on Saturday.

In the Cup Series Bilicki has made all 23 starts thus far with a best finish of 23rd achieved at Martinsville and most recently at Road America.