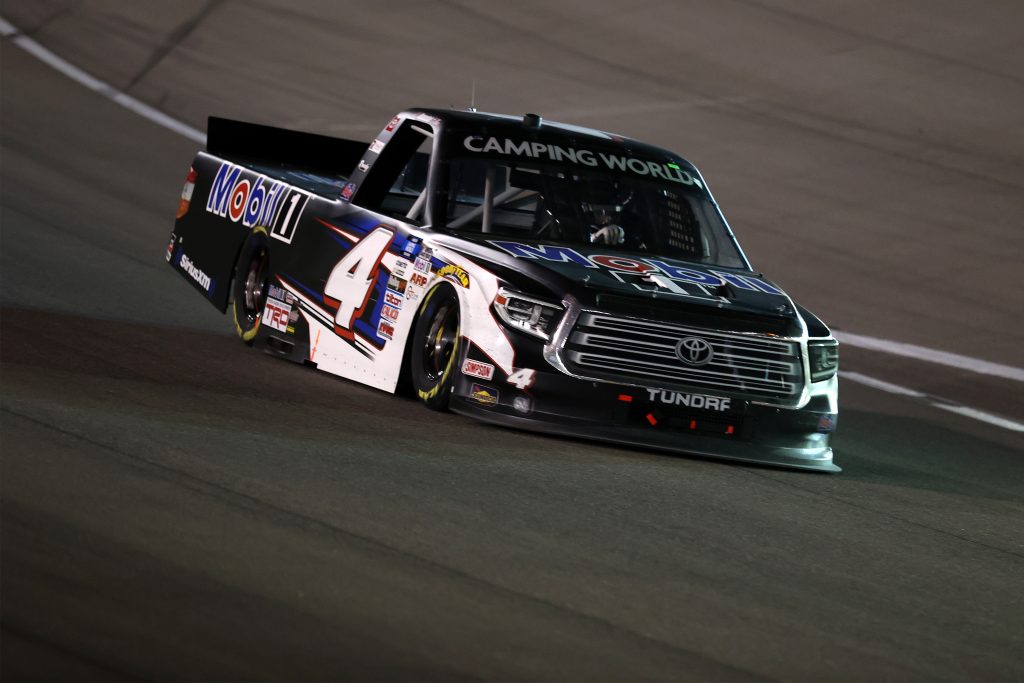 John Hunter Nemechek won his third NASCAR Camping World Truck Series race of 2021 holding off a late charging Carson Hocevar. For Nemechek it was quite the recovery after he damaged the right rear on his second lap of practice earlier in the day.

Sheldon Creed began the North Carolina Education Lottery 200 on the pole after qualifying was canceled due to rain. He would lead the entirety of the 30 lap first stage.

Creed’s chances to win the race as well as $150,000 in the Triple Truck challenge went away as he got loose and crashed on lap 55, an incident that also damaged Todd Gilliland’s truck. Zane Smith would win the second stage.

On lap 115 Johnny Sauter and Drew Dollar made contact with the stopped truck of Trey Hutchens III resulting in the entire right side of Sauter’s truck being ripped off. Debris from the crash would hit Nemecheck, who was leading, damaging the air just above his windshield. Second place truck Austin Hill also ran over debris.

Nemechek won a $50,000 bonus in the Triple Truck Challenge.