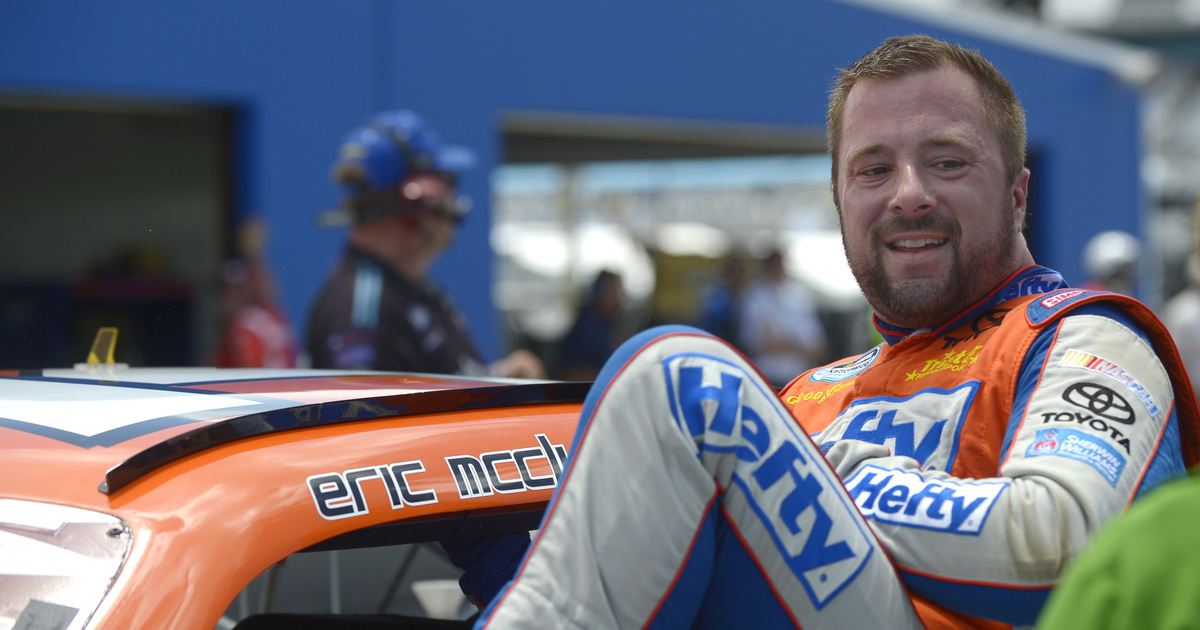 Former NASCAR driver Eric McClure died on Sunday according to the series and family. McClure was 42.

McClure had been active on social media as recently as Saturday evening. His body has been sent for an autopsy.

“We are saddened to learn of the passing of former driver and (team) owner Eric McClure. NASCAR extends its deepest condolences to Eric’s family and friends,” NASCAR said in a statement.

“The family of Eric Wayne McClure, former NASCAR driver, announces with great sorrow his passing on Sunday,” his family said in a statement. “They would like to thank everyone for their prayers and support during this very difficult time.”

Eric and his estranged wife Miranda had seven children. Miranda has said in the past that Eric choked and hit her in front of their children and in October he plead no contest to misdemeanor domestic violence charges and was ordered to 12 months of probation, substance abuse counseling and a mental health assessment.