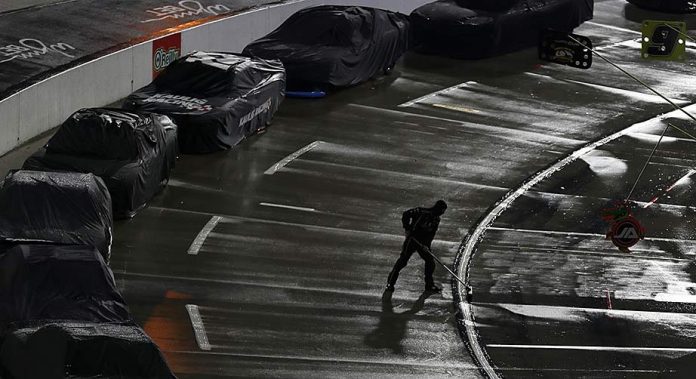 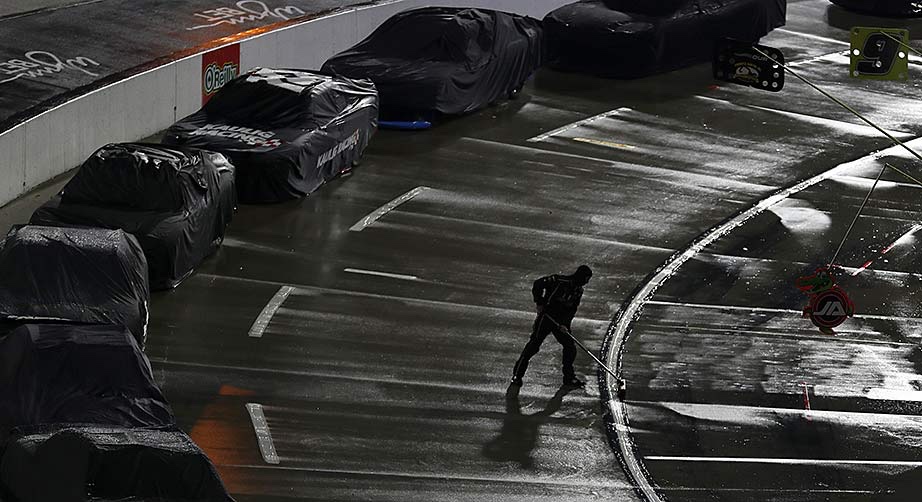 The Cook Out 250 was forced to a halt before the halfway point on Friday night as rain poured into Martinsville Speedway.

Only 91 of the 250 scheduled laps were completed on Friday with Brandon Jones being scored as the race leader at the stoppage.

The race came to a stop around 9:30 and had been delayed 30 minutes due to rain.

Noah Gragson won the first stage of the race. Gragson is one of four drivers in the Dash 4 Cash where $100,000 goes to the highest finisher. The other three are Justin Allgaier, Harrison Burton and AJ Allmendinger who is currently a lap down after a tire issue under green on lap 16.

FS1 and MRN will pick up coverage of the race at noon on Sunday.

Larry McReynolds is returning atop the pit box for the first time in nearly 22 years. McReynolds announced on Sunday...
NASCAR Xfinity Series

NASCAR announced several fines related to last weekend. The biggest fine went to Ty Gibbs who was fined $15,000 for...