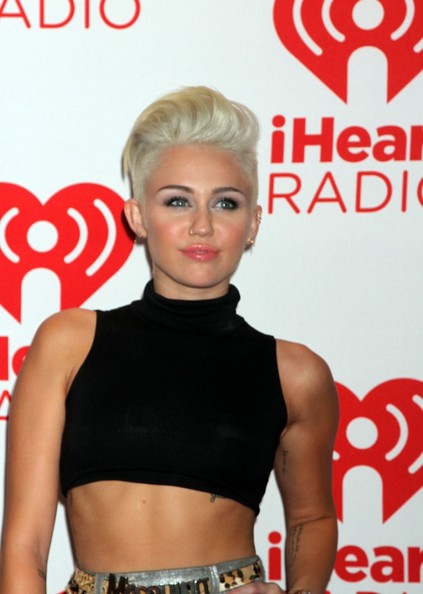 Floyd Mayweather Jr. is hot off his win against Saul Canelo Alvarez. Justin Bieber and Lil Wayne escorted the unbeaten boxer to the ring, but he has other ideas as to who will be apart of the Money Team for his next fight.

Mayweather made his way to the iHeart Radio Music Festival in Las Vegas this past weekend to visit some of his favorite artists and be seen.

Miley Cyrus was one of the celebs he was there to see.

Mayweather sat down for an interview with Billboard and revealed that he’s interested in having the former Hannah Montana star as part of the Money Team.

So there you have it. Cyrus could be twerking while escorting Mayweather to the ring.

We will have to wait and see how this unravels.