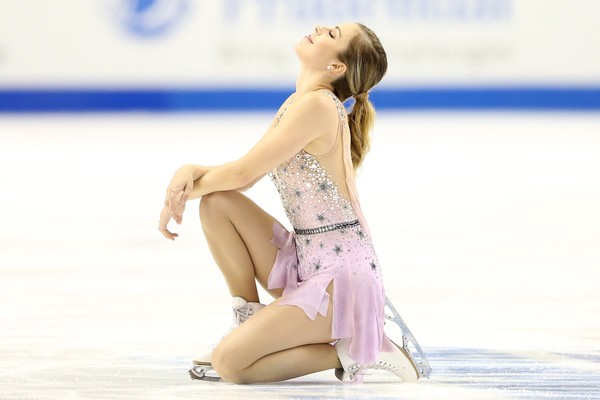 If one sport knows constant drama it’s figure skating. And if one athlete were to be labeled the queen of such drama it would almost certainly be Ashley Wagner.

Wagner, 24, has the credidentials to be in the Olympics winning a 2016 World silver medal but her fourth place finish at the U.S. Figure Skating Championships may cost her a second chance at the Olympics and has Wagner upset.

“I’m furious. I am absolutely furious,” Wagner told reporters. “For me to put out two programs that I did at this competition as solid as I skated and to get those scores, I am furious.

“I want to be on that Olympic team, and I’m really mad that I’m in this position again.”

Wagner would seem to be on the outside looking in for Olympic bids. Bradie Tennell, Mirai Nagasu and Karen Chen would appear to be headed to the PyeongChang Games next month though the selection committee could go in a different direction as more than just the U.S. Figure Skating Championships results determine the three-woman Olympic team.

If this story sounds familiar it’s because Wagner was in a similar situation prior to the 2014 Sochi Games. A fourth place finish in the 2014 U.S. Champions was overlooked allowing Wagner to go to Sochi. She later would earn a bronze medal in team competition. Then it was Nagasu who was left off the roster. Wagner then finished seventh at the Olympics and again questioned the anonymous scores of judges.

Due to her age, this will likely be Wagner’s last chance at the Olympics.