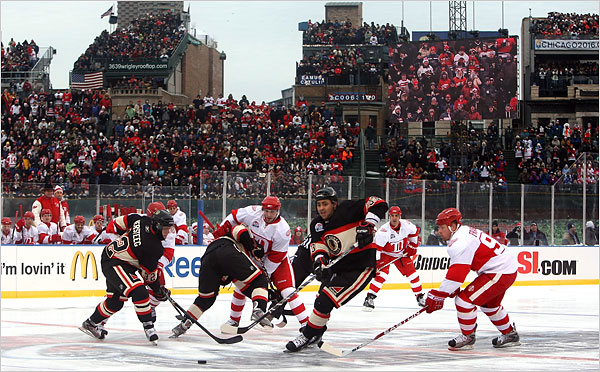 Fans have really enjoyed the NHL’s attempts to play games outside. In 2015 the Washington Capitals will host the Chicago Blackhawks in the Winter Classic.

TSN’s Bob McKenzie broke the news on twitter about the match-up but thus far no site for the game has finalized. McKenzie, and just about everyone else, believes that Nationals Park will end up being the venue.

Venue for Winter Classic in D.C. hasn't been finalized yet but leading candidate is believed to be Nationals Park.