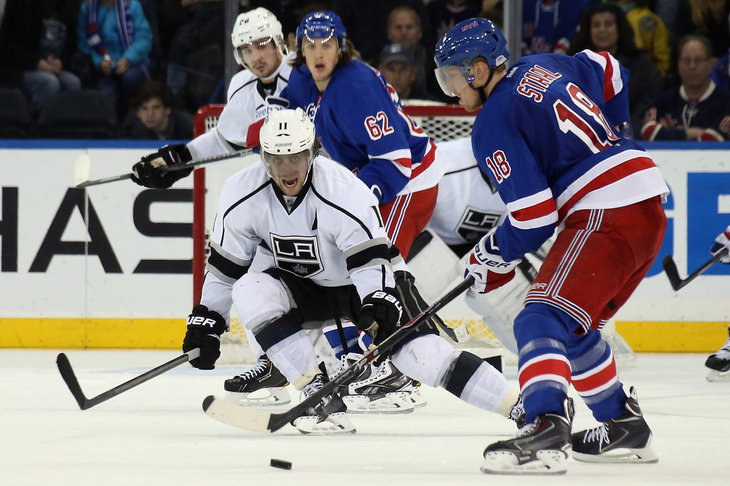 On Wednesday night the New York Rangers avoided elimination forcing a Game 5 in the Stanley Cup Finals against the Los Angeles Kings.

Down 3-1 in the setires, if the Rangers want to capture the cup this year they will need to win out.

Coverage of Game 5 between the Rangers and Kings will take place at 8:00 pm ET on NBC from the Staples Center in Los Angeles, CA.

The Kings are the favorites entering this contest which should be no surprise considering their series lead and having home ice advantage.

Will the Rangers force a Game 6 or will the Stanley Cup Finals end on Friday night?