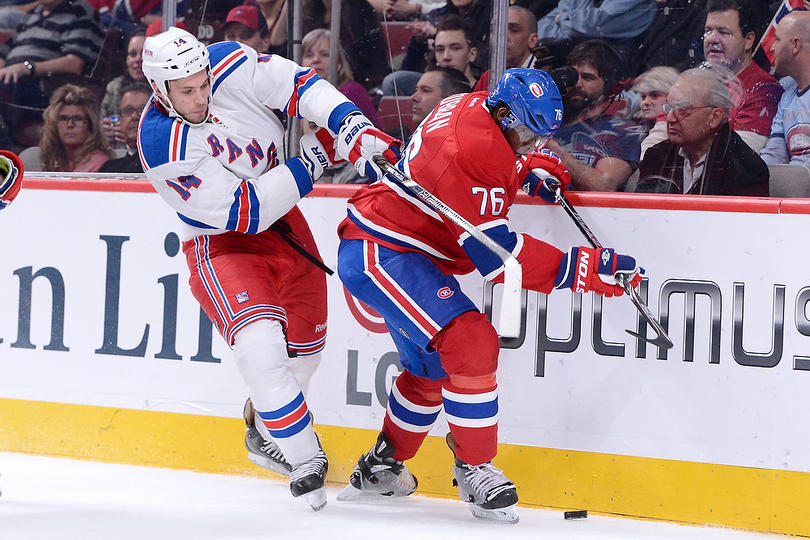 Game 5 of the NHL Eastern Conference Finals will take place on Tuesday. The New York Rangers hold a 3-1 series lead and will be looking to close things out.

The Rangers won the first two games of this series before the Canadiens won in game 3. After a win in game 4 the Rangers are now one away from a trip to the Stanley Cup Finals.

Coverage of Game 5 between the Montreal Canadiens and New York Rangers will take place at 8:00 pm ET on NBCSN from the Bell Centre in Montreal, Canada.

The Odds: The New York Rangers are a 1.5 goal favorite against the Montreal Canadiens in Game 5. The over/under for this contest is the standard 5 goals.

Will the Rangers finish this series off or will the Canadiens force a Game 6?