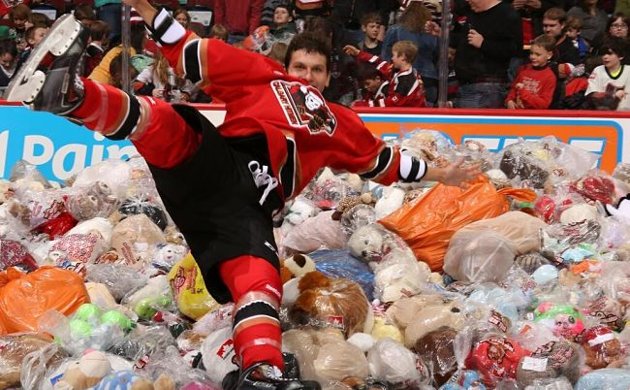 The annual Teddy Bear Toss game of the Calgary Hitmen can be considered a success after 25.921 stuffed bears hit the ice.

How does it work?

Well its not exactly the first time it has happened but in short fans throw stuffed animals onto the ice after the home team’s first goal of the game. In this case fans had to wait until the second period when Pavel Padakin scored, ironically for the second season in a row.

To celebrate Padakin even added a snow angel as the stuffed toys flew in from the stands.