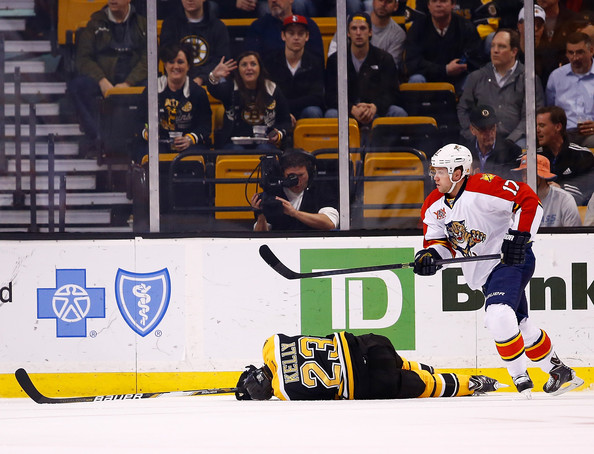 The Florida Panthers will be without Jesse Winchester for three contests after the NHL suspended the center for his hit on Chris Kelly of the Boston Bruins.

Winchester delivered a nasty elbow to Kelly on Thursday which did not draw a penalty at the time.

Winchester, a fifth year player, had appeared in 16 games for the Panthers scoring four goals and three assists.