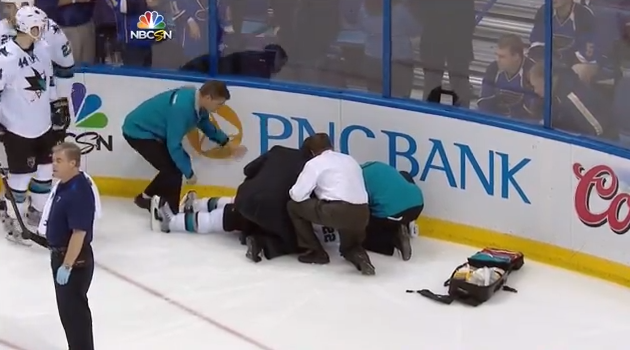 Boyle was hit from behind by St. Louis Blues’ player Maxim Lapierre. The face of Boyle slammed into the boards and he did not immediately move following the hit.

Later Boyle was reported to be responsive in the ambulance on the way to the hospital. Lapierre received a major penalty and game misconduct on the play.

Dan Boyle was alert and moving his extremities and has been taken to a local hospital for evaluation.