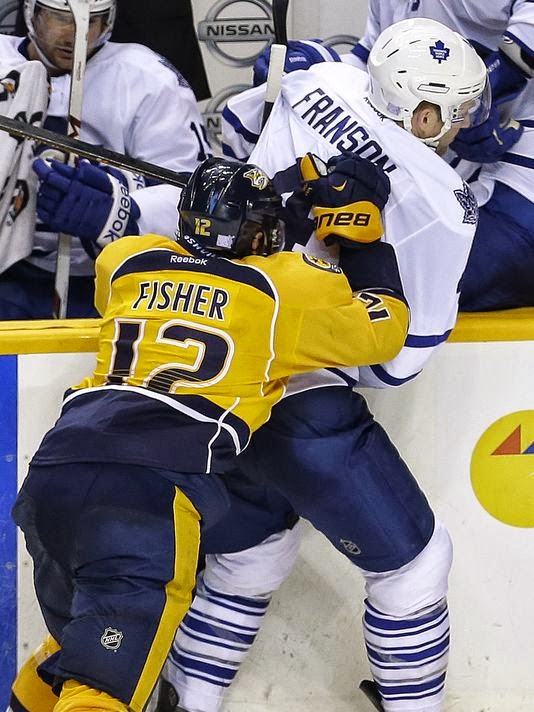 Mike Fisher delivered a hit to Cody Franson that left the Maple Leafs defenseman with a cut on his nose.

Fortunately that was all Franson had after a hit from Fisher on Friday night.

Fisher was given five minutes for boarding and a game misconduct for the hit but after the game called it a hockey play.

Fisher called his hit on Franson a “hockey play” said he was “surprised” to get a penalty. Said he hoped 4 was OK and there was “no intent”