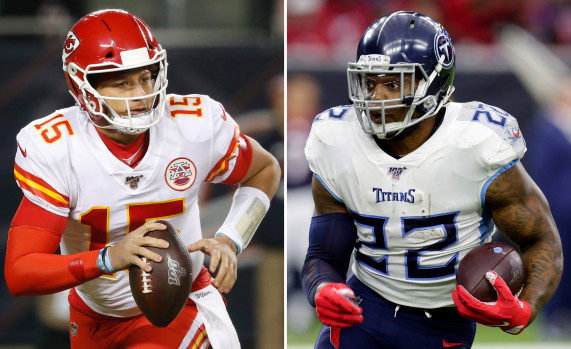 The Tennessee Titans will travel to Arrowhead Stadium for Sunday’s AFC Championship game against the Kansas City Chiefs.

CBS has coverage of the AFC Championship game between the Titans and Chiefs beginning at 3:05 pm ET.

The Titans offense has relied largely on running back Derrick Henry who has proven to be difficult to tackle late in games. Of course for them to take advantage of Henry they will have to find a way to slow down the Chiefs offense.

After falling behind 24-0 to the Houston Texas last week, the Chiefs offense suddenly began clicking and ended up with a 51-31 win.

The Chiefs are 7 point favorites at home against the Titans. The over/under for this game is 53 total points.