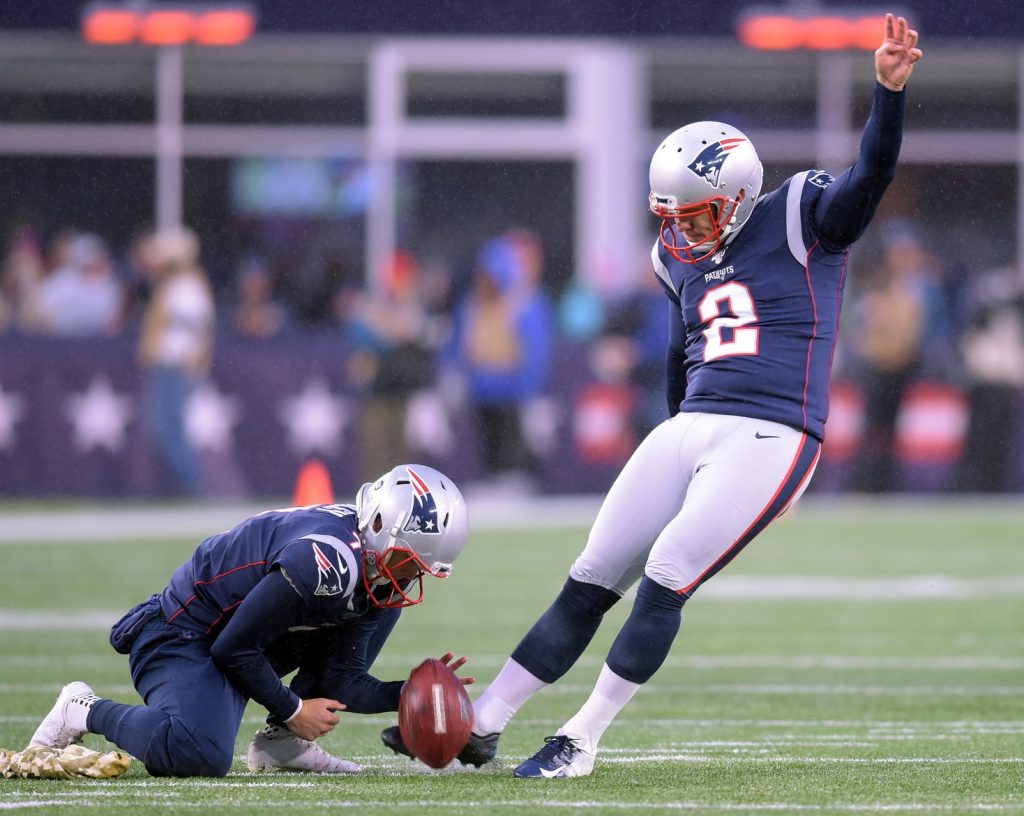 The Patriots re-signed kicker Nick Folk on Saturday, following his recovery from an appendectomy.

Folk worked out for the Patriots on Friday and is now set to kick in Sunday’s game against the Chiefs. Kai Forbath, who filled in during Folk’s absence and release, was let go by the team on Tuesday.

Forbath made a 23-yard field goal but also missed an extra point in a loss to the Texans.

The Patriots have had issues at kicker this season. After Stephen Gostkowski was placed on injured reserve with a hip injury, the team has struggled to find a reliable option.

Mike Nugent kicked for the Patriots in the four games following Gostkowski’s injury but he was let go after missing three field goals and an extra point.

Folk is 7-of-9 but has made all three of his extra point attempts.