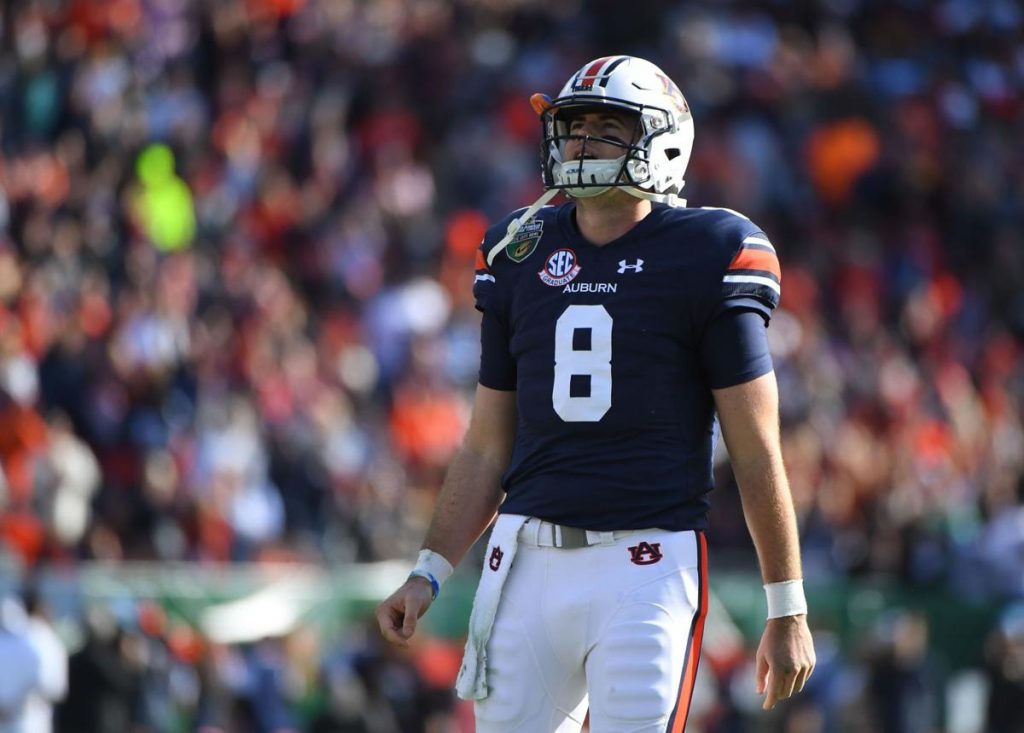 The Patriots have drafted yet another guy to sit on the sidelines and hold the clipboard for Tom Brady. That should have been the opening line of just about every article written about the Patriots not-shocking decision to draft Jarrett Stidham in the fourth round.

Stidham, the 133rd overall pick, becomes the 10th quarterback selected since Tom Brady was the 199th pick of the 2000 NFL draft.  In fact six of the quarterbacks drafted to sit behind Brady have been fourth round or earlier picks.

The drafting of Stidham does not mean that Brady is on his way out. In fact it hardly means that Stidham is even considered worthy of being the replacement if Brady ever opts to retire. He is 42 and counting and yet he makes guys who are half his age look down right lazy.

Stidham has all the size at 6-2 and 218 pounds. He was seen as a possible first day pick when the 2018 college season began but saw himself fall to the third round.

The narrative that Brady will crumble and be awful this year has been written for nearly a decade. It’s far surpassed the levels of Greg Maddux or Mariano Rivera no longer being dominate on the mound. In fact whenever I hear Brady set to fail this season I reach for the mute button. Sadly there are too many people who want to cling to that hope just for the moment that Brady does retire so they can say “I told you so.” What a sad life. What a sad state of journalism.