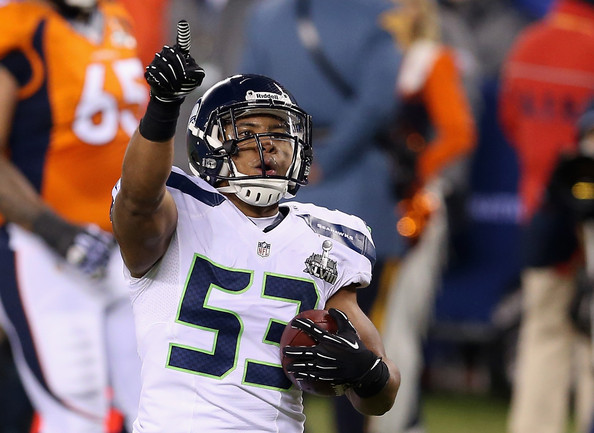 Malcolm Smith was named the MVP of Super Bowl XLVIII as the Seattle Seahawks thumped the Denver Broncos 43-8. Smith became the third linebacker to win the MVP Award after he ran a interception back for a touchdown and later recovered a fumble.

The game between the Seattle Seahawks and Denver Broncos turned into a let down quickly as the Seahawks jumped out to an early lead and never gave up.

Quarterback Russell Wilson was removed from the game with just over two minutes left in the fourth quarter in favor of Tavaris Jackson.

For the game Wilson was 18 of 25 for 206 yards and two touchdowns. He connected with eight different receives thoughout the game.

With the win Pete Carroll becomes just the third coach to win the NCAA Championship and a Super Bowl. The other two were Jimmy Johnson and Barry Switzer, both who did so with the Dallas Cowboys.

The 35 point win was the largest since the Dallas Cowboys defeated the Buffalo Bills in 1993.