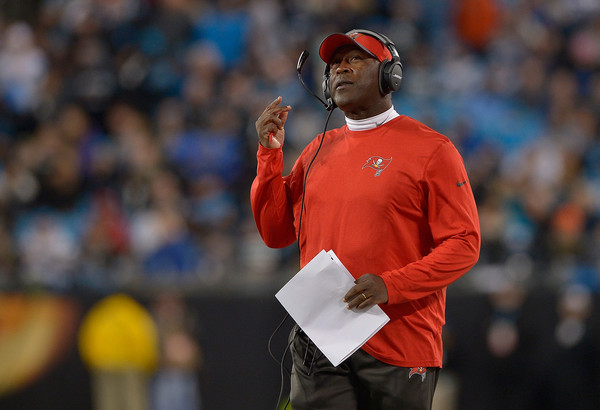 After two seasons Lovie Smith has been fired by the Tampa Bay Buccaneers.

Smith’s Buccaneers were only 2-14 in 2014 but improved to 6-10 this season. The firing of Smith is a surprise as many assumed the coach would get at-least a third season with the team.

“After careful consideration, we informed Lovie that we have decided to make a change,” Buccaneers Co-Chairman Joel Glazer said in a statement Wednesday night. “I want to thank Lovie for his hard work and dedication to the Buccaneers during his time here.”

The news that Smith was fired came as a surprise and shock to coaches and players alike. Linebacker Lavonte David made it clear he was unhappy with the decision tweeting “This is stupid, we can’t even have a consistent coach, 3 coaches in 5 yrs.”

A news conference is scheduled for Thursday.

“This decision was difficult on a variety of levels,” Glazer said in the statement. “I am disappointed that we were not more successful these past few seasons, but we are committed to doing what is necessary to give our fans the winning team they deserve. As we move forward, General Manager Jason Licht will oversee the process for finding our next head coach.”

Prior to taking over the Buccaneers, Smith had been the head coach of the Chicago Bears before being fired after the 2013 season.