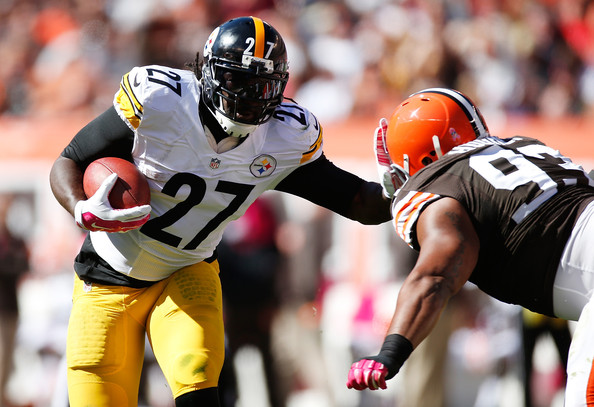 The Steelers were not happy that running back LaGarrett Blount left the field early in Monday’s win.

On Tuesday the Steelers announced on Twitter that they had parted ways with Blount.

We have released running back LeGarrette Blount.

Blount, 27, was playing second fiddle in the backfield to Le’Veon Bell who currently is second in the NFL in rushing yrds. While Blount has proven to be useful as a power runner with his 4.09 yards per carry the Steelers have grown tired of his trouble making ways. In 11 games he had run 65 times for 266 yrds finding the endzone twice.

His tenure with the Steelers got off to a bad start as he and Bell were cited for possession of marijuana during the preseason.

With Ben Tate hitting the market earlier today, Blount may find it hard to land a new job.