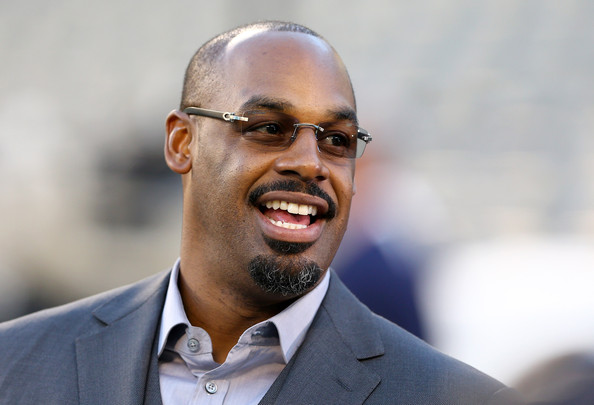 Donovan McNabb has three words for Terrell Owens: “Let it go”. Speaking on Fox Sports Live, the panel was asked if Owens could still play football.

The panel immediately answered, “No!”

“You’re 40 years old. Let it go.” Donovan McNabb chimed in. “Find something else to do. Stop worrying about what these young guys are doing. It’s a young guys game. I decided to let it go, you let it go. You haven’t played in four years, let it go. ”

McNabb went on to say how Owens came back in Seattle and looked awful, “Don’t put yourself back in that same position.” he said.

Owens has not appeared in a regular season game since 2010 with the Cincinnati Bengals.

Maybe if McNabb can’t get the point across to Owens, this video can.