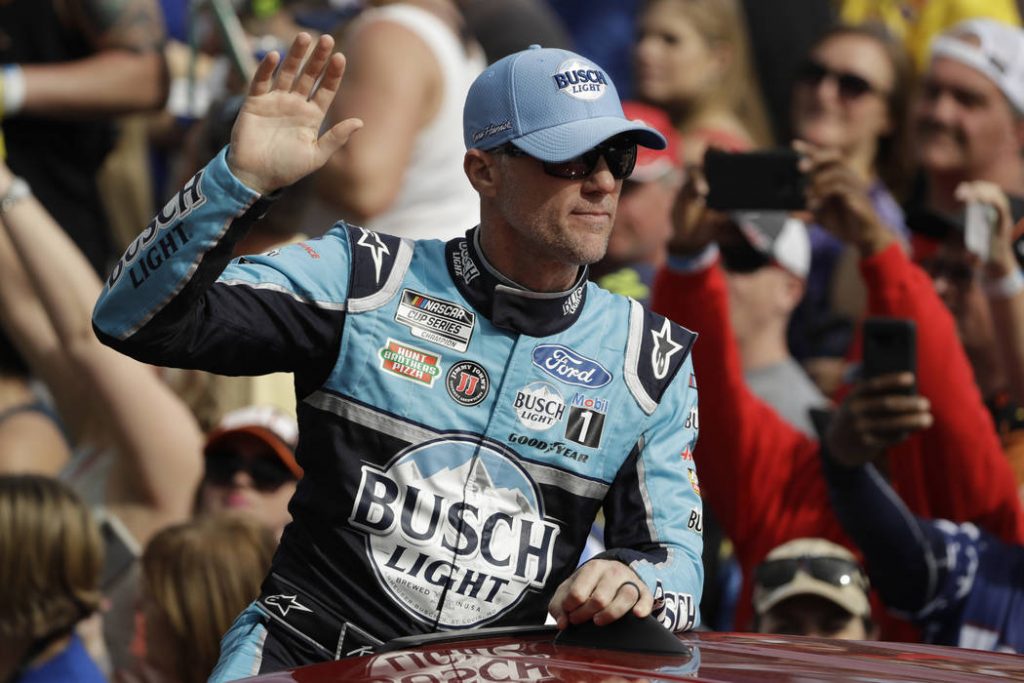 Since then the entire sport of NASCAR, and much of the world, has been shuttered due to the ongoing Covid-19 pandemic.

NASCAR recently announced plans for a return to the track this weekend at the 1.366 mile Darlington Raceway but the event will be quite different than previous races. The field will be set by a draw, the event will be one day and there will be a limited number of team personnel at the track.

In the Stewart-Haas Racing advance for Darlington, Harvick discussed how the upcoming races will be different for him.

How will Darlington change, just in logistics for you?

“When I go to the racetrack now, I’m going to bring all my own food and I won’t really need a change of clothes because it’s a one-day show, but I’ll bring a change in case it rains. That way, I don’t have any interaction with anybody else. I’ll take my helmet, my shoes and my uniform and I’ll bring it all with me to the car.”

What are your thoughts on what NASCAR has done and the rule for picking positions?

“I had many conversations with the folks from NASCAR and global pandemic isn’t in the playbook. As you look to getting back on track, everything is about doing that safely. I think for me, we are leading the points, so we get to pick the first pit box and then draw for one of the first twelve positions. And then 13 to 24 will draw for their positions. And then what happens next week? Because the goal in all of this is to get the teams caught up. They don’t have to overwork to get caught up. They can take one car to the racetrack and we don’t have to worry about crashing in practice and you don’t have to prep it for qualifying so you don’t have to bring all the extra parts and pieces to the racetrack. There is a need to change that rule in this instance, because of the fact we have to catch up on races. We only need to bring one car, but if you keep lining them up by points, pit road is going to look awfully similar, as is the starting grid. If you hit it at Darlington (Sunday), you’ll probably do well in the second Darlington (Wednesday). I think we had to look at coming back safely first and then make it entertaining. I think it’s worked out pretty well and we’ll roll with it and see what happens.”

How has the break affected you and your family?

“At this particular point, we’re fighting all the same problems that everyone else is fighting. You can’t go get your hair cut, you can’t go sit in your favorite restaurant, all the things that you normally do.”

With races the next two Wednesdays, does your body have time to recover as we normally have six days between races?

“I think for me, there is no exact science to it. When I get done on Sunday, I know how I feel and when I wake up on Monday, I know what I need to concentrate on. Hydration is always there. Just in North Carolina in the last few weeks, on the weekend it’s 85 and then during the week it’s in the high 60s. When we get to Darlington, it’s not like it’s going to be when we’ve gone the last few years, where we start at dusk and you work your way into the evening and into the dark. For us, it’s going to be all in the daylight and maybe a little dark at the end. For me, it’s just about knowing your body and knowing the things you need to do – weather it’s a recovery run or a bike ride. The hyperbolic chamber and some of the stuff I would use during the summer is just not an option at this point because the facility that I use is just not somewhere I’m going to go at this point. Hydration is for sure front and center.”

What are your thoughts on starting back at historic Darlington Raceway?

“I think when you look at Darlington, it has such a deep history in our sport. When I first started, we went there twice a year, then we moved the Southern 500 to earlier in the year and it didn’t feel right, and then we did the right thing and moved it back. It’s a fortunate situation for us, to be able to go back to South Carolina to be able to put on this race. To go there twice within three or four days is something that’s unique, but it’s a great way to kick this thing off and get it fired back up.”