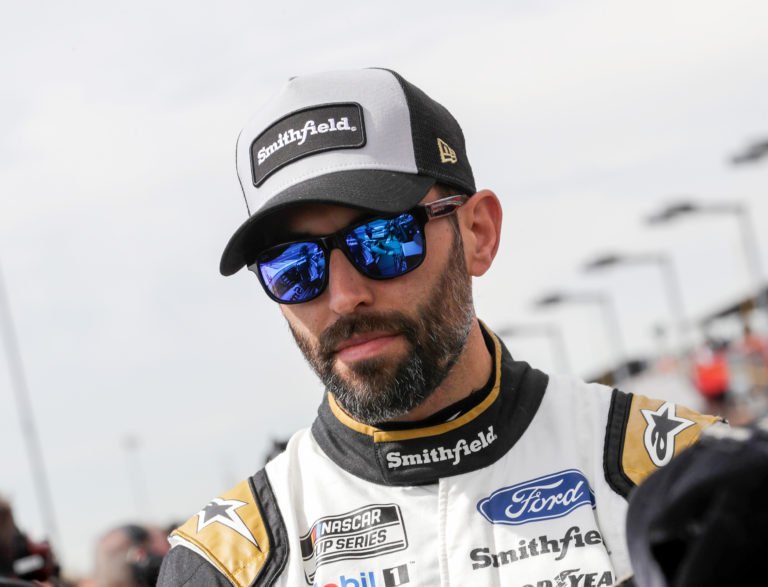 How would you rate your first four races as a new team with a new crew chief?

“I think the first few races have gone really well for us. We had a really fast car at Daytona and unfortunately got caught in a wreck. Vegas didn’t go too well for us, but we rebounded really well. Our communication through that struggle was really good and I think that’s one thing that I really enjoy about Buga. He’s a great communicator and a great team leader. It’s been fun to see that side of him. Being eighth in points and running top-10 recently has us really excited to get back on the track and continue where we left off. We’re fired up.”

What challenges does a one-day show with no practice or qualifying bring?

“At all the other tracks, we get to unload and practice and I get to tell the team what I did and didn’t like. It’s a whole process to get us where we want to be and, by the time the green flag drops, that car is the best it’s been all weekend. That will obviously be a challenge for everyone to hit the nail on the head for everyone as soon as they unload. It puts a lot of pressure on the engineers and team to set the car up right.”

Going racing without practice or qualifying has happened before. Why is it different this time?

“It’s going to be really different. We have done this a couple of different times. I think the most recent was Indy a few years ago, but this is really different, especially going two months without being inside a racecar. I think that’s the toughest part. When we went to Indy, we were racing all year long and didn’t get a practice in. We had a lot of notes to go off of. Now we’ve all been at home and we’ll walk into the track, get inside our racecars, and the first lap of a real race will be our first laps since the postponements.”

What is your attitude finally getting back to racing?

“It’s great we are able to get back to racing in a safe manner where we don’t have to stay in hotel rooms and we can ease into the process of getting back to racing. We’re still going to be racing and we’re stilling going to be tallying off points to see if we can win a championship this year. A lot of people are looking at this new schedule and how fast everything is going to happen and the lack of practice as a negative. I’m trying to view this as an opportunity. I told Aric and the team we need to be the ones who come out and seize this as an opportunity here. How can we be more prepared than the rest of the guys to at least come out of these first few races with a couple of good runs and even a win or two. Those who come out ready the most and knock down points early will succeed the most. ”

What will it take to be successful at Darlington after months at home and unloading without practice?

“Long-term relationships between driver and crew chief will help just because you know each other, but if you have a company that has worked together for such a long time like we have here, we’re pretty well off. I was pretty familiar with Aric before we even ran together. We have really clicked during these first few races. We’ve had some decent runs and we’ve had some hiccups. I think we’re still good in points and we know there is more potential we can capitalize on. The next part is just the preparation because, obviously with no practice and not a lot of time over the weekend, you better be prepared and know where the splitter and the attitude of the car needs to be. Your driver has to be focused and hopefully he’s been taking care of himself over the off weeks. I know Aric has. Your team needs to be mentally prepared and your driver mentally prepared, which everyone has been working hard on with training and studying. Then there’s the execution part of it. This is going to be something to capitalize on rather than let be a detriment to our season.”

Is it difficult to keep everyone motivated right now?

“I just think Aric and I are on the same page about it and I have a great relationship with my guys on the team. We get along so well. We’re always going to be dealt a hand in life, no matter what it is. Everyone has to play this game and learn how to handle it the best and capitalize. We can sit here and say it stinks or it’s not fair, but the truth is that it’s the same for everybody.”

Does the postponement provide more opportunities for teams to make mistakes?

“Yes. Even to the crew chief level. We haven’t called a race in months and we’re going to have to adapt back into a rhythm and knock the rust off. You have to be laser focused when you get there. Our team is up for it, though.”