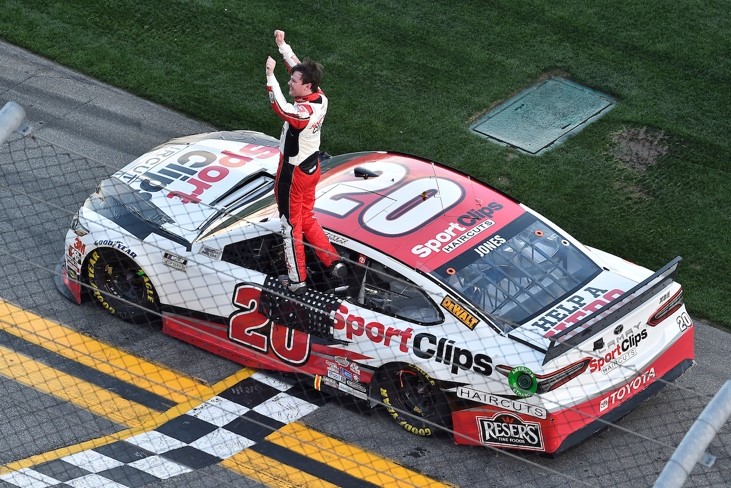 Erik Jones won Sunday’s Busch Clash at Daytona International Speedway but on Wednesday he was back to meeting with members of the media about the upcoming season.

Set to start his fourth season at the NASCAR Cup Series level, the 23-year-old Jones is entering his third season at Joe Gibbs Racing. He is hoping to remain in the seat of the No. 20 Toyota beyond the 2020 season.

“I have no intention of leaving my role there,” Jones said during Daytona 500 media day. “I’d love to continue that. But it is definitely a crazy year. There’s a lot of things happening. There’s a lot of things in motion, I guess, already probably for people, not really for me. I’m excited to see. The pressure is on myself from within, right? There’s no pressure from the outside, in my opinion. It’s pressure from me trying to perform.”

Last year Jones earned his second Cup Series win in the Southern 500 and was awarded shortly after with a new contract with JGR on Sept. 6 keeping the teams stable of Kyle Busch, Denny Hamlin, Martin Truex and Jones intact for the 2020 season.

“At this point in the year, you don’t know. It’s too early,” Jones said. “Last year, I would say by May, June, I felt pretty confident in coming back, what we had going on. You just can’t really get it out there yet. I think for me, you always kind of know what you got going.