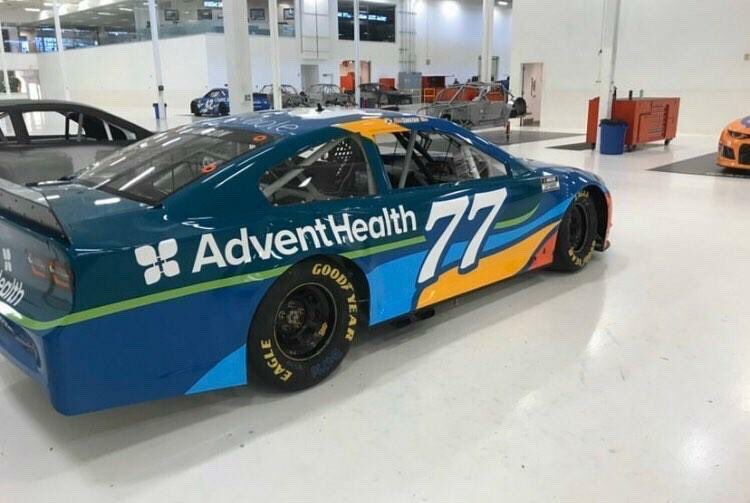 Ross Chastain appears set to drive the No. 77 Chevrolet of Spire Motorsports at Daytona International Speedway.

Chastain, 27, is going to compete for points in the Xfinity Series but has already let it be known he will run as many races as he can in both the Gander Outdoors & RV Truck Series and the NASCAR Cup Series in 2020.

A recent photo posted to twitter suggests that Chastain’s No. 77 car will be sponsored by Advent Health. Those with a keen eye will even notice what appear to be watermelon seeds just behind the right front tire of the car where red is included in the scheme.

Jamie McMurray drove the No. 44 car for Spire Motorsports at Daytona last season.