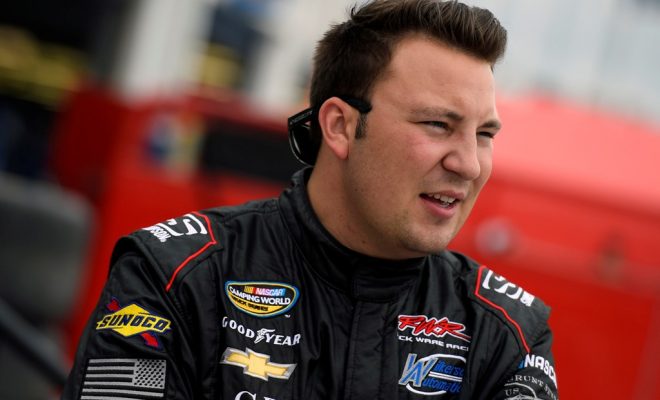 Spencer Boyd announced today he will make his Monster Energy NASCAR Cup Series debut at Michigan International Speedway on Sunday, August 11, 2019 driving the No. 53 for Rick Ware Racing.  Boyd, a regular in the NASCAR Gander Outdoors Truck Series with Young’s Motorsports, will also pull “double duty” for the first time in his career.

Boyd and Ware are no strangers to each other, “I’ve known Rick (Ware) for a long time,” says Boyd. “He’s opened a lot of doors for me and this is a really big door for which I am truly grateful.”  Boyd drove for RWR in his NASCAR Xfinity Series debut at Iowa Speedway in 2016 as well as some trucks races in 2017.

Spencer’s first Cup Series start is coming off the heels of a back injury that kept him away from racing action this past week.  “The past few weeks have been a roller coaster ride for me,” reflected Boyd.  “A dear friend once told me that life is just one big adjustment and it has never been more true than what I’ve experienced lately.  Honestly, the injury provided me with a different perspective on my life and career, so with limited opportunities to make a debut I knew I had to take this chance.  I love racing on Fridays, but I’m not going to lie, racing this Sunday will be pretty cool too.”

“Spencer is a smart young driver with a great deal of potential,” commented team owner Rick Ware.  “I respect him for what he’s been able to do in our sport and I’m happy to be in a position to provide him this opportunity.”  Rick Ware Racing is known as an organization that provides many up and coming drivers with the ability to break into the highest level of NASCAR racing.

The 24 year old driver from St. Louis, MO is in his fourth season of NASCAR national series competition with 61 starts to his credit and a best finish of 4th at Daytona in 2019.  Rick Ware Racing recently made their 800th race as an organization this past weekend at Watkins Glen International.

The primary sponsor for the No. 53 Ford Mustang will be the Chelle Corporation while some familiar partners of Boyd, 1A Auto, Wilkerson Automation, Record Rack, Kickass Beef Jerky, Console Vault, and MGP Caliper Covers will be on board for Boyd’s debut. 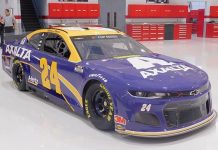