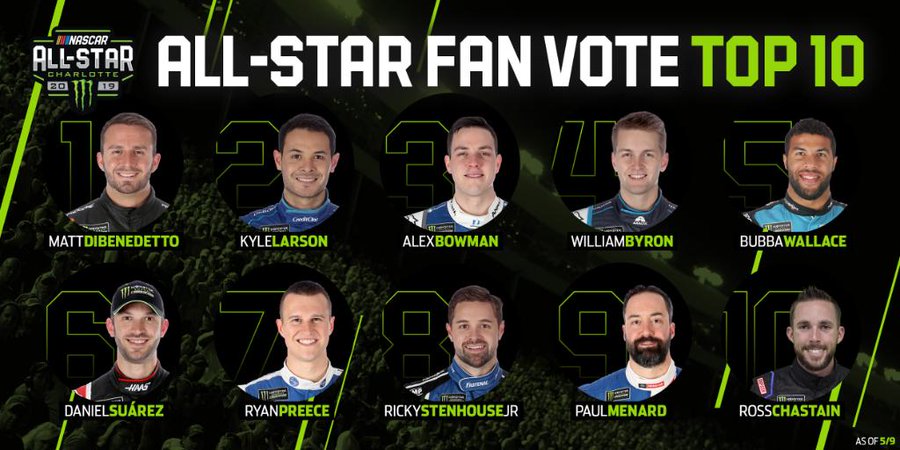 NASCAR released the top 10 in fan voting for the upcoming All-Star Race at Charlotte Motor Speedway.

Matt DiBenedetto has the most votes from the fans with Kyle Larson, Alex Bowman, William Byron and Bubba Wallace rounding out the top five. From there the next five would figure to have a harder time making the race on the fan vote with Daniel Suarez, Ryan Preece, Ricky Stenhouse Jr., Paul Menard and Ross Chastain being in the top-10.

You can vote at http://nascar.com/fanvote.