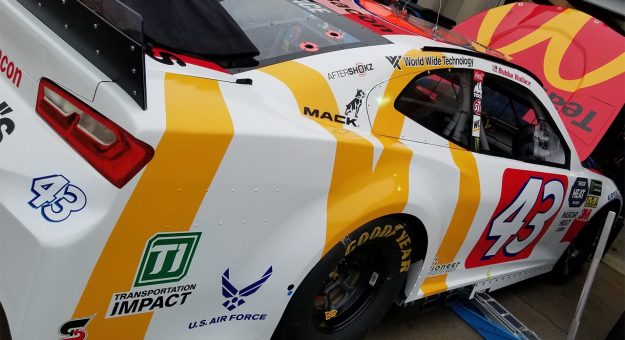 Bubba Wallace and Richard Petty Motorsports will hope that Bacon really does make everything better as McDonald’s comes aboard the No. 43 car for Sunday’s Monster Energy NASCAR Cup Series race.

Wallace will be driving a red and white Chevrolet Camaro which features the iconic golden arches and the words Team Bacon on the hood during the Folds of Honor QuikTrip 500 at Atlanta Motor Speedway. 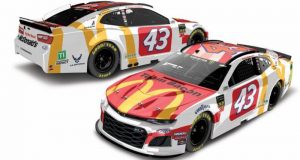 The paint scheme is highlighting McDonald’s current campaign of “Bacon on Classics” where  bacon lovers can now pick up a Big Mac® Bacon burger, Quarter Pounder®* Bacon burger and Cheesy Bacon Fries at their local store.

“I’m lovin’ it,” Wallace said. “I just had McDonald’s for breakfast this morning.

“McDonald’s is an iconic brand and I am proud to be partnered with them in Atlanta. ‘Team Bacon’ is naturally the best option, a Big Mac® Bacon burger, are you kidding me? That’s phenomenal!”

The McDonald’s logo will also appear on Wallace’s uniform, and McDonald’s will serve as an associate partner for the Monster Energy NASCAR Cup Series 2019 season on the No. 43 Chevrolet Camaro ZL1.

McDonald’s was a primary partner during the 2009 inaugural season of Richard Petty Motorsports on the No. 43 driven by Reed Sorenson, and an associate partner of the season