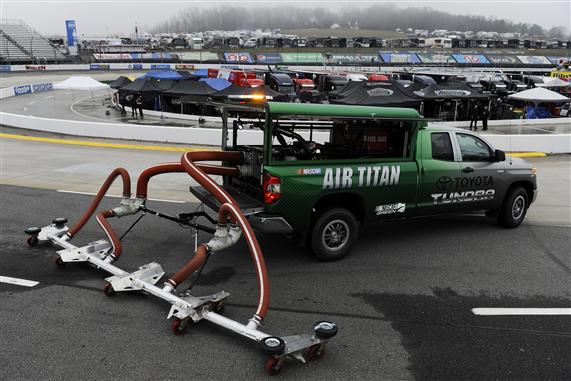 NASCAR will run a double header at Martinsville Speedway on Sunday.

The Sprint Cup Series and the Camping World Truck Series will run their races on Sunday after the truck race was washed out by rain on Saturday.

NASCAR will run the Sprint Cup Series first with the green to wave at 1:13 pm ET. Once that event is over there will be a 45 minute break before the Truck Series takes the track. This will allow the break down and set up of pit stalls.

While double headers in NASCAR have taken before, this would be the first time it has happened at Martinsville. NASCAR will be hard pressed to get both events in as Martinsville does not have lights at sunset will occur around 7:30 pm ET.

Fans with only a ticket for the Cup race will be allowed to stay around for the Truck Series race. Those who only have a Truck Series ticket can enter the track on lap 100 of the Cup Series event.