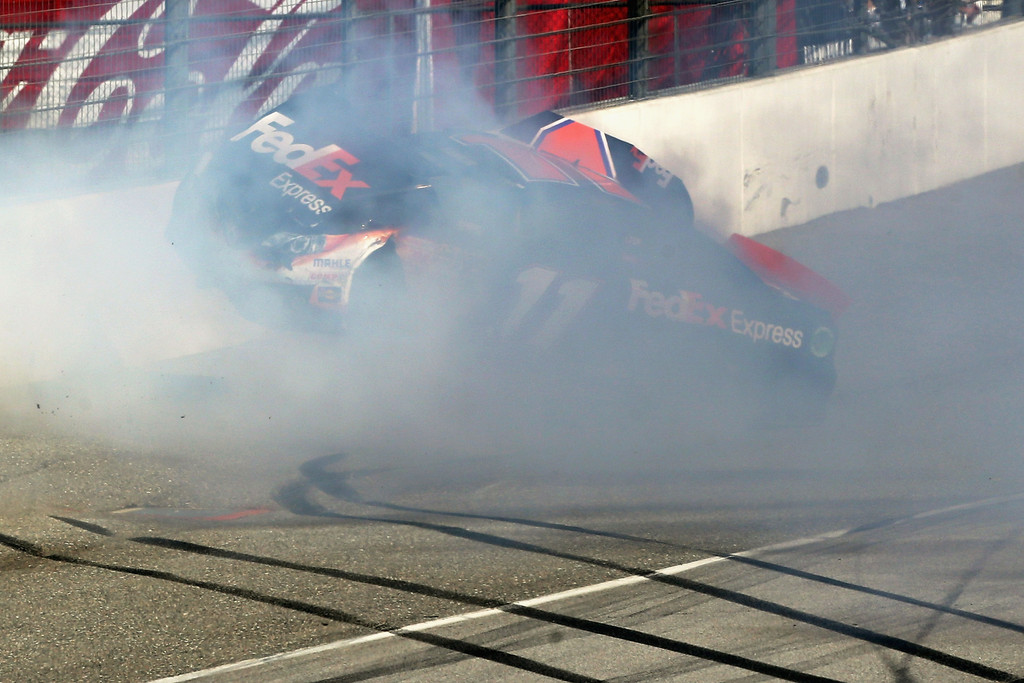 NASCAR Sprint Cup driver Denny Hamlin will miss six weeks according to the Associated Press. Hamlin was involved in a last lap crash with former teammate Joey Logano at Auto Club Speedway. The wreck sent the 32-year-old Hamlin to the hospital with a fractured vertebra.

Once Hamlin arrived back in Charlotte, NC he visited Dr. Jerry Petty. Petty determined that Hamlin would not need back surgery.

Roger Penske, team owner of the car driven by Logano, said that his driver had been in contact with Hamlin since the incident. Penske also said he had sent messages to Hamlin.

“I’ve texted back and forth with him and said that we’re thinking about him,” Penske said. “Obviously, we’re hoping for a speedy recovery. It’s never good to have a driver out for a period of time.”

The Sprint Cup Series is off this week and returns April 7 at Martinsville Speedway. Hamlin is a four time winner at Martinsville and holds a 8.1 average finish at the shortest track on the circuit.

Joe Gibbs Racing is placing Mark Martin in the No. 11 car at Martinsville. Brian Vickers is set to drive the car for races after Martinsville until Hamlin is able to return.