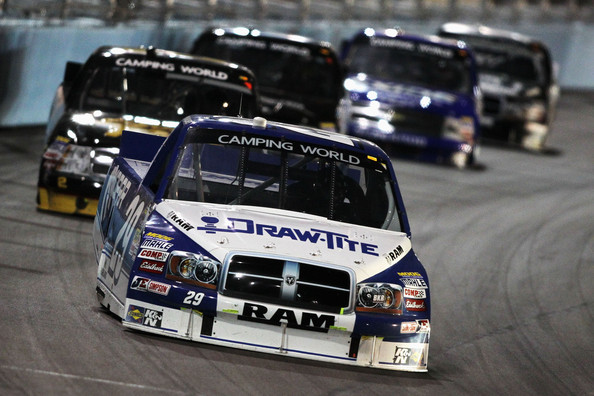 “I couldn’t be more pleased with the way 2013 is shaping up for BKR,” said owner Brad Keselowski. “With enhanced support from our long time returning partners, Cooper Standard and Cequent Group, we are poised for a successful season. We have been able to retain and attract top notch personnel. The crew chiefs, drivers, and team members all put their hearts into this organization. Hard work equals results, and I am proud of each and every teammate’s passion for excellence. Last season was a huge stepping stone for the organization as we claimed our first victory. We are looking forward to building on last year’s success this season.”

Blaney became the youngest winner in NCWTS history when he won at Iowa Speedway in September. His truck will be sponosred by Cooper Standard for the entire 2013 season. Doug Randolph will continue to act as his crew chief.

The No. 19 truck will have a variety of sponsors. Cequent Consumer Products and Cequent Performance Products  will be on the truck for 15 races. Some of the products that will be featured on the truck will be Draw-Tite, Reese Towpower, Reese Towpower Carbon Forged, Bulldog, and Harper. Chad Kendrick will call the shots as the crew chief.

Keselowski, Joey Logano and Ross Chastain will run some of the races for the No. 19 truck. Dave Blaney, father of Ryan, will drive the truck at the series first dirt race at Eldroa Speedway on July 24th.