The NTT IndyCar Series got underway on Saturday night at Texas Motor Speedway.

A compressed day of practice, qualifying and the running of the Genesys 300 left a scramble at the start of the race for some teams to ensure they would even be able to compete. Takuma Sato, who crashed during qualifying, was unable to take the grid after his team failed to get his car ready. Alexander Rossi and Ryan Hunter-Reay had to serve pass though penalties to start the race following unapproved changes prior to the race.

Last year’s champion Josef Newgarden started on the pole but early in the race Scott Dixon proved he would be a threat for the first win of 2020.

A crash involving Rinus Veekay and Alex Palou happened on lap 38 bringing out the first caution of the day.

Dixon would hold the lead until a debris caution briefly giving it back to Newgarden but by the midway point of the race had already pulled over two seconds ahead of the field.

After reeling in his teammate, Felix Rosenqvist saw his chance to win the race disappear when he lost the handle on his car and hit the wall.

Dixon would hang on for the win and score a win in his 16th straight season. 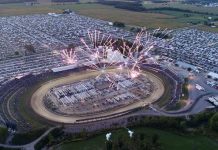 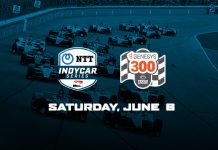 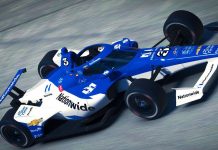