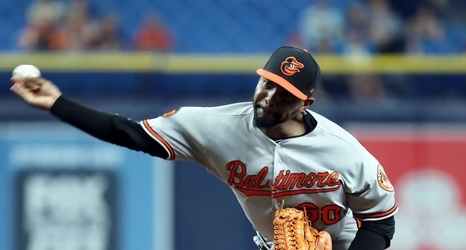 The Phillies and Nationals are among teams interested in Orioles reliever Mychal Givens.

Givens, 29, is under contract through 2021 but according to MASN‘s Roch Kubatko can be had should an offer pique the Orioles interest.

After losing ninth inning duties at one point Givens has pitched better of late including allowing just one run over his last six outings (seven innings of work).