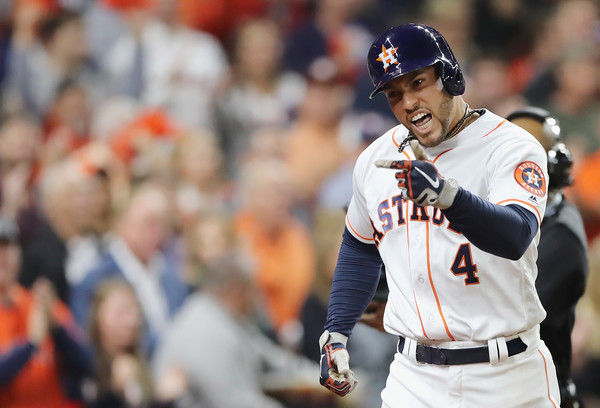 A big of good news came from Astros manager A.J. Hinch on Saturday when he reveailed to reporters that outfielder George Springer’s hamstring injury is not as bad as initilay feared.

Springer is dealing with a Grade 2 hamstring strain according to general manager Jeff Luhnow. The Astros placed Spring on the 10-day injured list after he came up lame chasing after a foul ball in Friday’s game against the Red Sox.

Hinch said Springer injury “not as dramatic as we had feared.” He’s going to be out for a while but team got some better news today.

Prior to the injury, Springer had compiled a .309/.389/.643 line with 17 homers, 43 RBI and four stolen bases. The homer and RBI totals were leading the American League.