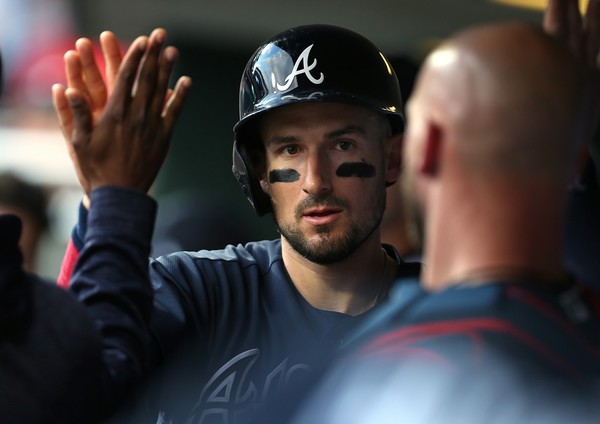 The Indians have added infielder Ryan Flaherty via a minor league deal. Flaherty, who spent last season with the Braves, will also be invited to spring training.

After a hot start, Flaherty cooled as the season went on and by mid-August was designated for assignment. After a stay in Triple-A he later returned to the Braves in September but across 81 games and 161 at-bats managed just a .217/.298/.292 line.

At 32 Flaherty’s chances of making the Indians roster for opening day seem slim.

The Indians also added to their depth behind the plate on Thursday adding veteran Dioner Navarro. Navarro, 34, spent the 2018 season with the Long Island Ducks of the independent Atlantic League. The Indians figure to stay Flaherty and Navarro at Triple-A Columbus.