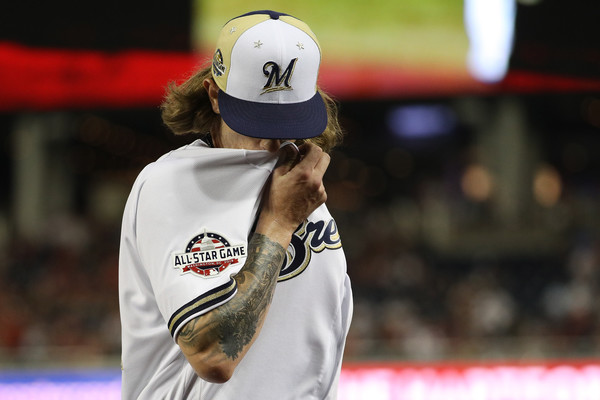 It was Josh Hader during the All Star game. Sean Newcomb during a no-hit bid and then Trea Turner shortly thereafter.

The message should be clear now to everyone. Check your social media accounts.

Messages written as youths are now popping up in the eye of the public and it is not ok.

They were just kids

Most of these unfortunate comments come from a period where these starts were youths. Some of them are just silly, others may reference inside jokes or song lyrics.

We can accept that. It happens. Kids say things they regret at times. Who hasn’t?

Most of these players have come out saying they regret their comments and there has been little reason to believe any of them seriously did or still believe what they did at the time it was written.

Somewhere between the time that Hader, Newcomb and Turner signed their first big league deals and now the problem could have been fixed.

I am no social media expert but I did spend some time checking over my own tweets and Facebook time line posts recently. In about an hour I was able to remove several tweets that – while not offensive in nature – that contained language I regretted or a message that was unclear.

Basically I took the idea that if it was something I did not want my children, ages 10 and 7, to read then it had no place on my social media feed.

I get it. You could argue, this is the past or these are professional athletes and they do not have the time.

Delete the profile, scrub the tweets, have someone else look. Spend a plane ride checking your accounts. Do something.