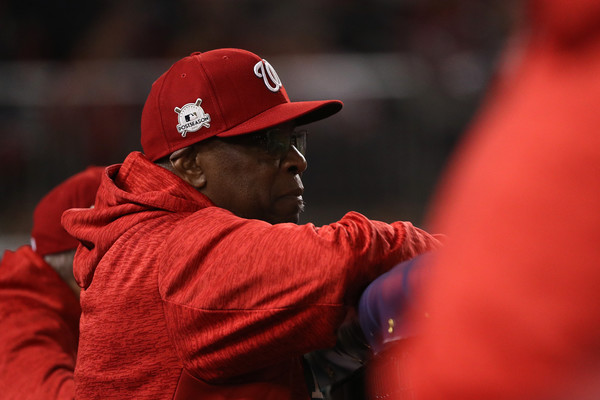 Dusty Baker out as Nationals manager

The Nationals will not bring back Dusty Baker to be their manager for the 2018 season.

Baker, 68, had led the Nationals to the NLDS in each of his two seasons but the club was eliminated in both instances. Earlier this season he complained about not getting an extension. That coupled with the clubs expectations not being met have resulted in his exit from the position.

“This was an incredibly difficult decision for us. Dusty Baker led the team to the first back-to-back division titles in our history and represented our club with class on and off the field,” the team’s ownership wrote in an open letter. “… We thank him for the successes that we enjoyed together over the last two years. We wish him nothing but the best going forward.”

Baker was chosen to be the Nationals manager over current Rockies manager Bud Black. His contract expired at the end of this season. The contracts for the rest of the coaching staff also expired. Under Baker the Nationals were 192-132 while winning back-to-back division titles for the first time in franchise history.

Previously Baker had managed the Giants, Cubs and Reds.

One man who will not be interviewing for the Nationals gig is Ron Garenhire. The former Twins manager recently served as the bench coach for the Diamondbacks and has been named the new Tigers manager after reaching an agreement with the team on a three year deal.